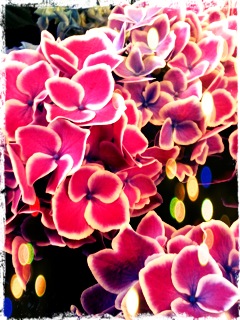 It is a gloomy, rainy autumn day here and for whatever reason, I'm thinking about Dana .........

Some years ago I came to know the world of HIV/AIDS prevention in Romania. It was the late 1990's and the subject was tabu in my country - and after the collapse of the Communist system,  Romanians made it even more tabu after Western media published stories connected to babies in Romania being infected with HIV/AIDS because of blood transfusions. It was such a terrible reality!

But they were lovely souls and I came across the new idea of volunteering with them (as volunteering was a really new concept in Romania).

But today, I don't want to talk about PSI or about ARAS but about a beautiful girl called Dana, one of the ARAS volunteers who became my friend.

Dana's involvement in our joint HIV/AIDS awareness campaigns was incremental in the success of the project especially when we organised events in schools and military barracks.

She was a natural at connecting with people, she was well spoken, compassionate, adored the sea, loved her dog Sasa as if Sasa was her baby ......... she also loved to dance (she helped me to learn my first salsa steps during PSI organized events), loved life in spite of terrible challenges and difficulties from a very early age - she grew up in a very poor family, in an unloving, unnurturing home environment ... she struggled at school and knowing what I know now, she must have been dyslexic (no help was provided in Romania for such children, the awareness was close to zero and pupils with these symptoms were just discarded by the educational establishment). Dana also had a gift with flowers, she loved them and if she had been born in another time, in another place, a career in flower arrangement would have suited her down to the ground. She told me that she enjoyed most her time as a shop assistant in a small flower shop ....... this was until she was diagnosed with HIV.  The tiny sense of normality (she was married and was living in a flat) collapsed! To cut a long story short, her husband who was a sportsman passed on to her the virus .......... 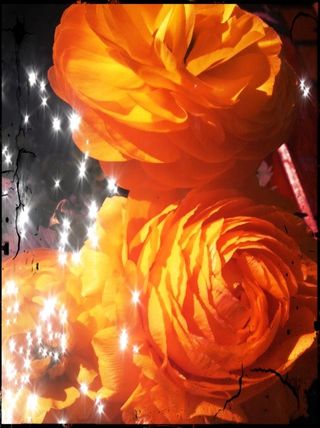 The message that Dana helped us promote most of all was that you cannot tell who is infected with HIV by the way somebody looks! What she also helped us raise awareness of was that one doesn't need to be scared of being in the company of such a person ... Princess Diana achieved miracles when she held in her arms an HIV infected baby .. but her message still needs to be repeated again and again - "there are very few ways to transmit the HIV virus ... certainly not through touching or befriending".

I spent many hours in her company, having coffees together,  walking in the park and I will never forget that on the day my father was taken to hospital with an aggressive cancer, and my mother had to spend the night there, Dana came to support me and to spend the night in our flat, creating the caring environment a sister would probably do.

I will never forget this and the moral support she provided until my father's death a few months later. Little did I know that three weeks after my father's death ...... Dana would be dead as well ...... suddently ....... complications related to the virus.

This is only a preview. Your comment has not yet been posted.

The letters and numbers you entered did not match the image. Please try again.

As a final step before posting your comment, enter the letters and numbers you see in the image below. This prevents automated programs from posting comments.

Having trouble reading this image? View an alternate.

(Name is required. Email address will not be displayed with the comment.)

Food for your soul!